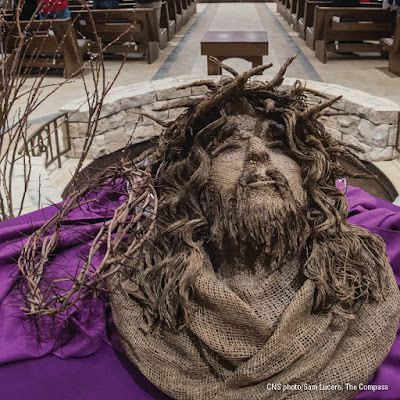 I recently drove into Chicago for a meeting, pulled up at the designated site, and jumped out to park the car. The parking attendant noticed my Bible on the front seat.

He proceeded to strike up a conversation by asking, "Is that your Bible?" I replied, "Yes, sir." He inquired further, "Have you read it today?" I answered, "Yes, I have."  Now clearly intrigued, he looked at me and said, "Give me somethin'!"

I told him I had been in chapter four of Philippians, where St. Paul says, "Rejoice in the Lord always. I shall say it again, rejoice!"  I mentioned that Paul goes on to say, "Have no anxiety at all..."--and confessed to him that I struggle with the "no anxiety" part.

At this point, as we stood just off of Michigan Avenue, he squared up chest-to-chest with me, looked at me intently, and responded with utter confidence: "This is certainly a challenging word, my brother, but today you and I are going to live it--no anxiety for either of us all day!"

I gave him an, "Amen, brother," and walked on from this grace-full encounter to have a joyful day in the Lord, indeed!
+++

Rather than just deciding what we're going to do for Jesus this Lent, maybe we should ask what Jesus wants from us this Lent.

My gut feeling is that one of the best Lenten offerings we can make this year is to hand over our anxieties to the Lord.  Whatever makes you twitch, or keeps you up at night; whatever drives you to compulsive coping mechanisms, or potentially addictive patterns of behavior: I think Jesus wants these from us this Lent.

After all, the Lord himself shockingly says, "do not worry about your life..." (Mt 6:25). Perhaps taking this advice to heart is just what will make Lent '17 different from all the rest. When I hand over the reins of my worries to my Lord and my God, a part of me dies to the illusion that I'm actually in control. Letting go our anxieties could be as easy as humbling ourselves to let God be God.

If the parking attendant and I could do it for a day, couldn't countless numbers of us do it indefinitely with the Lord's help?!

Of course, there is a force in the world which wants us to keep holding on to our anxieties: the Evil One, the Liar from the beginning. As long as we resist the subtle temptation to worry--the age-old murmuring which claims that we can become like gods and can control all the details of our daily lives--as long as we hand all of our concerns to the God-Man, then the Tempter cannot divide and conquer our hearts.

Embracing an anxiety-free Lent will ensure that we rejoice always this Easter :)
Posted by Unknown at 11:32 AM 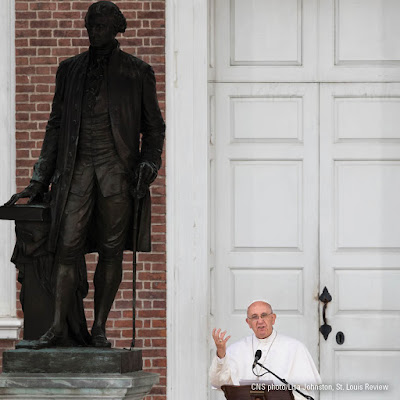 In euchre and many other card games, a key question centers on how to play one's trump cards most effectively.  Here are four recommendations for Catholics as they consider analogous questions about engaging the Trump administration:

The most effective "play" for Catholics, today as always is, is to commit our prayer, study and social action toward authentic change which is consistent with core principles of Catholic social teaching.

Our Lady of Guadalupe, Patroness of the Americas, pray for us--

"Towards a Better Education of Children" (AL, ch. 7) 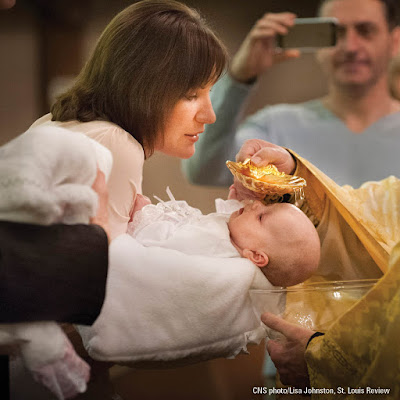 Maybe it's just me, but it seems like more than a few parents get themselves educated once they accept the responsibility of educating their children. I guess I found out what I didn't know when I realized that someone else was counting on me!

In chapter seven of Amoris Laetitia ("The Joy of Love"), Pope Francis opens his mind and heart about the "increasingly complex" educational role that families play in the formation of their children. The Holy Father has a profound concern for young people, and he begins his discussion by confronting parents with these essential questions: “Do we seek to understand ‘where’ our children really are in their journey? Where is their soul, do we really know? And above all, do we want to know?” (n. 261).

The Holy Father wants parents not just to be in control of the details of their children’s daily lives, but to be engaged with who they are and where they are heading on deeper levels. A better education of children, Pope Francis argues, will help them not only to know and love what is objectively good, but also “to realize that what we consider objectively good is also good ‘for us’ here and now” (n. 265). It is personal, and yet the good is not just a “good-for-me” kind of relativism which isolates us from God and others.

Pope Francis encourages families to provide “an education in hope,” and he exhorts them to be places where “we learn self-mastery and detachment from our impulses”; in this way, we learn responsible freedom and respect for the freedom of others (n. 275).
In this context, the Holy Father addresses the most controversial topic in chapter seven: “The need for sex education” (nn. 280-86); he offers parents much food for thought, as they consider whether their own views have been more informed by the Gospel or the world: “In an age when sexuality tends to be trivialized and impoverished,” Pope Francis thinks that the issue of sex education “can only be seen within the broader framework of an education for love, for mutual self-giving” (n. 280).


·         The Holy Father is not naïve about the prevailing state of affairs today: “Frequently, sex education deals primarily with ‘protection’ through the practice of ‘safe sex’”; he comments that “This way of thinking promotes narcissism and aggressivity in place of acceptance. It is always irresponsible to invite adolescents to toy with their bodies and their desires” (n. 283).
·         In a prescient comment given the ongoing confusion about gender identity in post-modern settings, Pope Francis notes that “the young need to be helped to accept their own body as it was created, for ‘thinking that we enjoy absolute power over our own bodies turns, often subtly, into thinking that we enjoy absolute power over creation…An appreciation of our body as male or female is also necessary for our own self-awareness in an encounter with others different from ourselves” (n. 285).

Let’s pray that the entire Church finds new ways to support families in the mission entrusted to us by the Savior. After all, “Faith is God’s gift, received in baptism, and not our own work, yet parents are the means that God uses for it to grow and develop” (n. 287).

Holy Family of Nazareth, pray for us!

P.P.S. SPOILER ALERT: Next month's installment on Amoris Laetitia will address the hotly debated section of the text, about which Pope Francis himself predicted: "everyone should feel challenged by Chapter Eight" (AL, n. 7)! 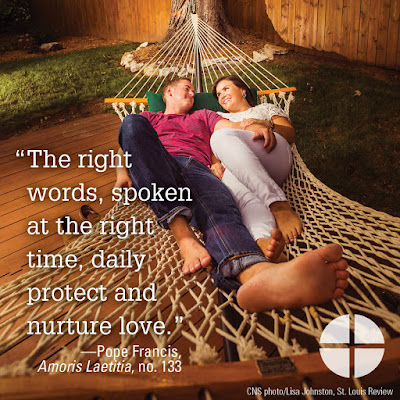 An Open Letter to Catholics Who Voted for Trump

There may have been many principled reasons not to vote for Hilary;
let's make sure those same principles guide reactions
to the Trump administration's executive orders. 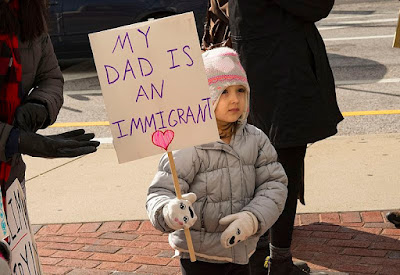 Dear Brothers and Sisters in Christ,

Concern for life at its most vulnerable stages, for protection of religious liberty, and for the defense of marriage and family were obvious principles which could have guided you to help elect Donald Trump.  Principles of Catholic Social teaching, such as the fundamental dignity of the human person, the call to solidarity and concern for the common good, may have also influenced your vote.

You are neither "anti-women" nor "anti-Latino"; you are not an "Islamophobe" or a "Homophobe." You love Jesus, and you love being part of the one authentically multicultural and global community in the world--the Catholic Church.  You are also deeply grateful for the privilege of being an American citizen.

But after years of watching executive orders, Supreme Court decisions and mandates from the federal government erode and eviscerate inalienable rights--and after years of obstinate refusal by the federal government to afford conscience protection to those who disagree with the prevailing social agenda--you joined a majority of Catholics in the U.S. in supporting Trump.  It was most likely a matter of resistance.  You may not have even liked him as a candidate, but maintaining the status quo was not an option.

Trump has given you a favorable executive order on the Mexico City policy, to stop our country from exporting its abortion and contraception agenda to developing nations. In addition, it looks like Supreme Court nominees will stand opposed to judicial activism. This is good news. But the question is whether you will continue to help demand that the Trump administration be faithful to the core principles which motivated your support for him.

In other words, will you simply allow the new ruling party to impose its will on the nation (isn't this how you felt the previous administration conducted its business?), or will you hold the Trump administration accountable for prioritizing rights in relation to fundamental realities and corresponding responsibilities?

For example, the right to private property is not absolute, but is limited by the universal destination of goods and the responsibility for the common good. Therefore, for the American family to isolate itself from the world, in the name of self-preservation, would be to act like we don't have a responsibility for helping other families around the world flourish. How will you help resist this temptation facing the Trump administration?

Analogously, a nation's right to regulate its borders and control immigration is not absolute; it is limited by the fundamental human right that people have to migrate and by the responsibility the United States has to assist those forced to flee political or economic injustices. As you properly defend the family--and highlight the importance of the family as the essential foundation of society--how might you insist on a principled, pro-family approach to immigration?

You spent the past number of years decrying how radical secularism has been established, de facto, as the new state religion, and you clamored to have the free exercise of religion protected.  Will you now stand by the principle that religious liberty is a fundamental human right, and not allow the issue to be co-opted by those who would want to act like our enemy is Islam, rather than radicalized Jihadists? Just as you resented that "reproductive rights" were used to rationalize trampling on other more fundamental rights, so you should not allow concern for "safety" to justify new injustices.

These are trying times, indeed, but you have a view of issues that could help exercise positive influence on the Trump administration.  You are not just "haters," but you are ready to stand in solidarity with those who sincerely want to make America an even greater nation. The 2016 election was historic, but the real work lies ahead--and you need to help prevent the conversation from devolving into mere partisan politics.

May God bless America with a deeper vision of life, liberty and the pursuit of happiness--

P.S. Here are a few ways that the Catholic Church is moving forward with principled responses to the Trump administration: