Catholic Schools as Centers for the New Evangelization 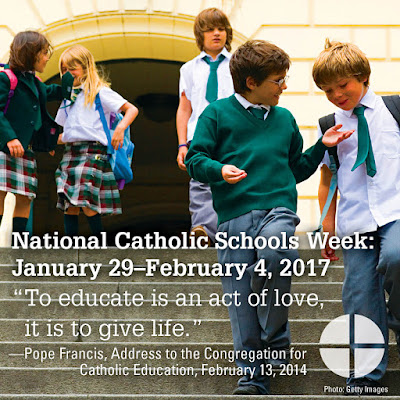 The promise and the peril of Catholic education in the U.S. may well hinge on questions related to schools becoming "Centers for the New Evangelization":
While cultural, economic and academic questions rightly gain much attention in conversations about Catholic schools, Pope Francis' evangelical challenge cuts to the root of all these issues: "I hope that all communities will devote the necessary effort to advancing along the path of a pastoral and missionary conversion which cannot leave things as they presently are...Throughout the world, let us be 'permanently in a state of mission'" (EG, n. 25).

Why Pro-Lifers are More Like Abolitionists than "Single Issue Voters" 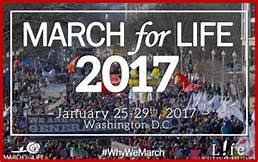 A half-million Marchers will descend upon D.C. this week. As in past years, the vast majority will be under age 30, the self-proclaimed pro-life generation. They will march for a cause: the legal protection of the least among us.

Pundits will opine that these are unsophisticated, "single issue" folks. Abortion advocates, who have long since stopped arguing that abortion does not kill a new human life, will reaffirm the mythical power of "Choice." The main-stream media will yawn, since the story doesn't fit their pre-fab narratives.

But courageous witnesses of all races and religions will continue to prod the collective conscience of our country:  Freedom must mean doing the right thing for all, not just for some; legitimate "choice" must exclude the decision to resort to violence; rights must be limited by the responsibility to respect human life; health care must do no harm, especially to the most vulnerable.

Marchers will ask, provocatively, "Why can't we love them both?" And pro-lifers will continue to offer hope after abortion to the millions who now know what they didn't understand then.

The abolition of slavery in the United States was never just one issue among many amid the 19th century political scene. It was a hinge, a turning point, on which the trajectory of our nation would swing.  Even though it meant change to the status quo, the cancer in the body politic had to be uprooted and eliminated, so that all human beings might have a chance to flourish.

In the days of legalized slavery, decades of inculturated crimes against humanity left many citizens with confused consciences, and yet Abolitionists were able to help our nation see the light. The pro-life movement will accomplish the same, in due course.

After all, if we fail to reverse flawed public policies in the light of irrefutable medical evidence about the true identity of the unborn child, then we will miss the opportunity to become the stronger and healthier nation we are capable of becoming. If we fail to protect unborn girls, then our claims to care about women's rights look vacuous.

Uprooting objective evil is a necessary condition for the possibility of taking all other issues seriously. It will create a new aperture through which the good and true and beautiful can stream.

P.S. To make a difference TODAY, click this link to Urge Congress to Support the No Tax-Payer Funding for Abortion Act. 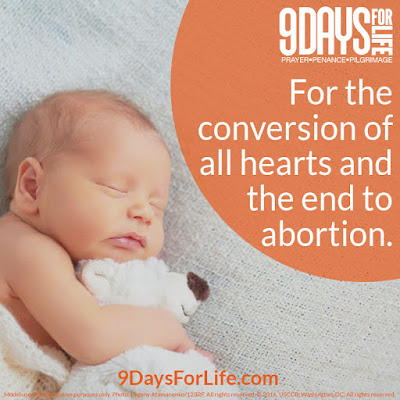 How to Heed God's "Waze" as a Post-Partisan People 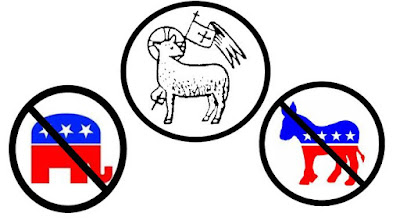 If you haven't yet seen it, Bishop Barron's YouTube commentary on the Ways of "Waze" sketches some brilliant analogies between the App and our lived-experience of Divine Providence.
The basic idea is that we often think we know the best way to get somewhere, but the "eye in the sky" sees things we don't and redirects us accordingly. Following the Waze App can be counter-intuitive and hard to accept, of course, and to ignore its promptings can lead to lots of wasted time sitting in traffic. But it is the surest and safest path to where we really want to be.
This analogy with divine Providence makes perfect sense intellectually, but what might it mean existentially--particularly in light of such a divisive presidential election and inauguration?
Flawed political parties continue propping up flawed candidates, and it is time for Catholics to explore new avenues for transforming the political landscape. If God's thoughts are going to be our thoughts, then here are four paths toward rethinking the how the Lord's Waze might become our ways:

Meaningful artistic perspectives, like meaningful pastoral perspectives, do not change the fundamental realities which they reflect and serve. Rather, they open up new dimensions for consideration and help promote a deeper appreciation of what is really real.

In Chapter Six of Amoris Laetitia, Pope Francis proposes pastoral perspectives on love in the family which would avoid both the "torture chamber" and the "playpen" mentality. Real families have real issues, after all, and the Holy Father has little time for pastoral approaches which would simply keep repeating seemingly intractable rules (read: "torture chamber"). However, neither does he want pastoral approaches which merely embrace and institutionalize the problems, disregarding doctrine and denying the transforming power of God's grace (read: "playpen").

In a dramatic push-pull dynamic, Pope Francis is propelling the Church toward a more creative fidelity toward the profound dignity revealed by the "Gospel of the Family." Witness a few examples from the Holy Father's ongoing both-and approach in "On Pastoral Perspectives" (AL, ch. 6):

John the Baptist knows who Jesus is, but doesn't understand his ultimate mission--let alone all of its implications for human existence. Jesus reassures him, "Allow it now, for thus it is fitting for us
to fulfill all righteousness" (Mt 3:15).  This pastoral reassurance seems to speak to the ongoing challenges posed by Amoris Laetitia: Even when we do not fully comprehend the newness of life in Christ, the Lord longs to fulfill all righteousness with and for us.

If only we allow it.

Let Us Pray:
Unite me to Thyself,
O adorable Victim.
Life-giving heavenly Bread,
feed me,
sanctify me,
reign in me,
transform me to Thyself,
live in me;
let me live in Thee;
let me adore Thee in Thy life-giving Sacrament as my God,
listen to Thee as to my Master,
obey Thee as my King,
imitate Thee as my Model,
follow Thee as my Shepherd,
love Thee as my Father,
seek Thee as my Physician
who wilt heal all the maladies of my soul.
Be indeed my Way,
Truth and Life;
sustain me,
O heavenly Manna,
through the desert of this world,
till I shall behold Thee unveiled in Thy glory.
Amen! 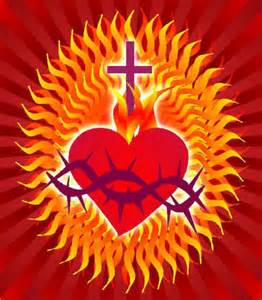