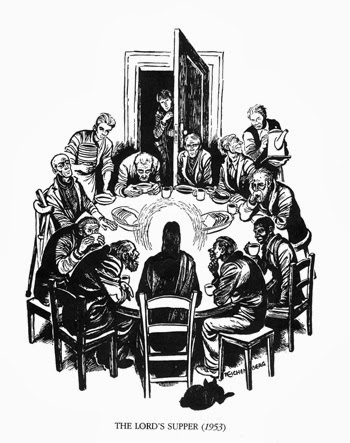 Jesus will not be checking for "proper" documentation when he comes to judge the nations.  He will, however, be checking our hearts and reviewing our concrete actions regarding the questions listed above.  Without a doubt, he will also welcome to his table those whom the world considers "least."

In a recent press conference, Pope Francis went so far as to say that human mobility "finds its apex in Jesus the Savior, a foreigner in the world of men, who continues his work of salvation through the foreigners of today, migrants and refugees."  Christ is the Foreigner of foreigners.  Whatever we do--or don't do--for migrants and refugees, we do unto the Lord himself.
With this simple truth in mind, the U.S. Bishops are once again calling for meaningful and just immigration reform in our nation.  This calendar of events provides a glimpse of initiatives during the next month--opportunities designed to help transform minds and hearts on this all too divisive issue.  The "Justice for Immigrants" effort also includes a very straightforward postcard campaign, as a means of taking action on behalf of these modern-day "strangers" who are hungry and thirsty and often imprisoned.
Read more »
Posted by Unknown at 10:54 AM 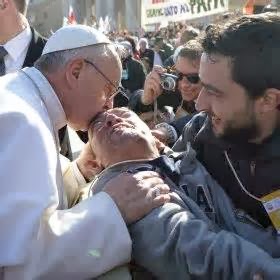 A parable has a way of capturing one's imagination.  It speaks to both mind and heart; it can both confound and console its listeners.  A really good parable is also capable of provoking much reflection and discussion.

Since he became the 266th pope in the history of the Catholic Church--and the first Holy Father named Francis--, this successor of St. Peter has taught as much through his actions as through his words.  His papacy has been like a gradually unfolding parable, played out on the global stage.  And after his recent interview, there seems to be no better conversation starter than the question, "So what do you make of Pope Francis?"

As a walking parable, Pope Francis has embodied and enacted the basic proclamation of the Good News:  Jesus reveals the merciful love of God and reaches out to save each of us.  But, perhaps most helpfully for a post-modern world, Pope Francis has started his proclamation of this world-changing reality not with dogmas or doctrines but with his own personal experience of encountering Christ in and through the Church.  Indeed, the Holy Father has been "leading with mercy" in order that we might experience what he personally knows to be true:  We have a Heavenly Father who loves us more than we could ever imagine.

Ultimately, however, a parable is designed to reveal not only deep truths such as these, but also the heart and mind of the listener.  Pope Francis is thus inviting each of us to identify where we need ongoing conversion in our own lives--that is, where we need to grow and where we need to become more merciful, more other-centered.

So, what did you hear in the Pope Francis interview that inspired you?  What did you hear that challenged you?  What line did you like the best, and which line would you like to ask a follow-up question about?   Which section jumped out for you, or most surprised you?  (And remember, if you write him a letter regarding the interview, Pope Francis might just pick up the phone and call you with a response, since he'd reinstated "pope calls"!) 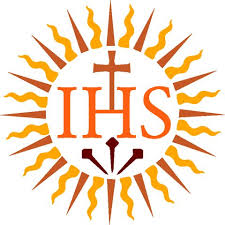 Do you remember what you did on September 12th, 2001?  Most Americans spent at least part of the day praying, and many attended a church service.  When I saw the Gospel reading for Mass this September 12th, I was immediately reminded of being at Mass on 9/12/11 and being dumbstruck when the Gospel was proclaimed.

As you may know, the readings for Ordinary Time follow a three year cycle.  In 2001, as in 2013--, the Gospel at daily Mass centered on Luke, and September 12th reading was from Luke 6:27ff:


Jesus said to his disciples:
"To you who hear I say,
love your enemies,
do good to those who hate you,
bless those who curse you,
pray for those who mistreat you.
To the person who strikes you on one cheek,
offer the other one as well..."
What are we supposed to make of these word--on the day after 9/11, no less?  What how do we understand Jesus' hardest of teachings in the face of rouge regimes or terrorists intent on destroying innocent life?  It is natural to want to defend life, to seek justice, and perhaps even to desire revenge.  It is clearly supernatural to respond with love and blessings and prayers and the other, un-struck cheek.
It seems to me that the only way this is possible is thanks to the gift of God's grace.  In other words, it is only by recognizing how deeply we have been loved, and are being loved, that we could ever respond in such a radical fashion.  In fact, I think that following Jesus through this very narrow gate is possible only if we have first fallen in love.

Last summer, my oldest daughter lived and worked with the Missionaries of Charity in Memphis.  My family and I had a chance to join the sisters for a Saturday morning Mass in their chapel, and it was a most memorable experience indeed!

As you may know, one of the trade-marks of the community founded by Mother Teresa is that, whenever they start a new outreach to the poorest of the poor, they adorn the walls of their chapel with Jesus' words from the cross:  "I thirst."  In fact, they paint them on the wall next to the Crucifix, and it seems as if Jesus is speaking these words all over again, day after day, here and now.

The Sisters, of course, take Christ's words to heart in just this way.  After all, this was the pivotal insight of Mother Teresa's "call within a call"--her realization that Christ continues to thirst for our love, particularly through the cry of those who are most weak and vulnerable, those who are most marginalized.

In his recent encyclical, The Light of Faith, Pope Francis lifts up both Blessed Mother Teresa and Saint Francis of Assisi as exemplars of how the light of faith opens our eyes to the sufferings of this world.  He comments:

"In drawing near to the suffering, they were certainly not able to eliminate all their pain or to explain every evil.  Faith is not a light which scatter all our darkness, but a lamp which guides our steps in the night and suffices for the journey.  To those who suffer, God does not provide arguments which explain everything; rather, his response is that of an accompanying presence, a history of goodness which touches every story of suffering and opens up a ray of light.  In Christ, God himself wishes to share this path with us and to offer us his gaze so that we might see the light within it." (n. 57)

As the Church's fourth and final characteristic professed in the Creed, "apostolic" points to a profound inner-dynamism at the heart of the Catholic faith:  The Church is, first and foremost, a movement.
Pope Paul VI famously proclaimed, "The Church exists in order to evangelize," and Pope Francis has challenged Catholics to move beyond a "self-referential" faith.  Both of these successors of St. Peter understand that having a faith rooted in the authoritative teaching of the Apostles is necessary, but not sufficient.  A truly "apostolic" faith is one which responds to Christ's "sending forth" of the community of believers.  The Church evangelizes because, deep down, every human person longs to be evangelized.
So have you noticed this apostolic, mission-driven, quality of the Church during this Year of Faith?  We have seen our new Holy Father Francis personally challenging us to create a "culture of encounter" in response to a "culture of indifference."  We have seen Bishops across the country boldly promoting the new evangelization, as well as three million young adults flocking to World Youth Day.  And we have seen parishes and small Christian communities asking themselves how they can help people experience a sense of belonging, of meaning, and of authentic friendship.
Three recent books strike related themes about how this mission can be possible for each of us personally, as well as for our parishes and for the Church universal:
Read more »
Posted by Unknown at 11:30 AM