The Promise of Catholic Education


The annual celebration of Catholic Schools Week in the U.S. typically serves as an important marketing moment.  It's a chance to share the good news about Catholic education, to spread the word about specific schools, and to build the enrollment base for the next year.

But, given Pope Francis' persistent emphasis on the Lord's call to "to go forth" from our comfort zones, perhaps Catholic Schools Week should become an occasion to envision just what the missionary transformation of our educational communities might look like:  What would it mean for Catholic schools to be "centers of the New Evangelization," for example?  What would it mean for Catholic colleges and universities to be places of intellectual, spiritual and cultural inquiry regarding the True, the Good, and the Beautiful?

Here are three couplets for consideration about Catholic education; they are not the only qualities that ought to set Catholic school communities apart, but they are among the necessary conditions for the possibility of an ongoing missionary transformation:


Who would have foreseen such a linking of novenas, pilgrimages, and hashtags?!

Creating a culture of life clearly depends more on winning hearts than on winning arguments.  And, like a good teacher who brings forth both the old and the new, Mother Church has seized this moment to invite her children to rediscover the path of spiritual transformation.

With this in mind, the U.S. Bishops are encouraging Catholics around the country to recommit themselves to a classic combination from the Church's treasury of resources:  prayer and penance.  The question thus becomes:  Am I willing to pray for friends or family members who do not see Life as the real civil rights issue of our day?  Am I willing to fast--from my dependence on food or drink; from my reliance on creature comforts or conveniences, from my insistence on my plans or my way every day--in order to create a new space where my will is more interdependent on God's?

Jesus, Mohammed, or the World? 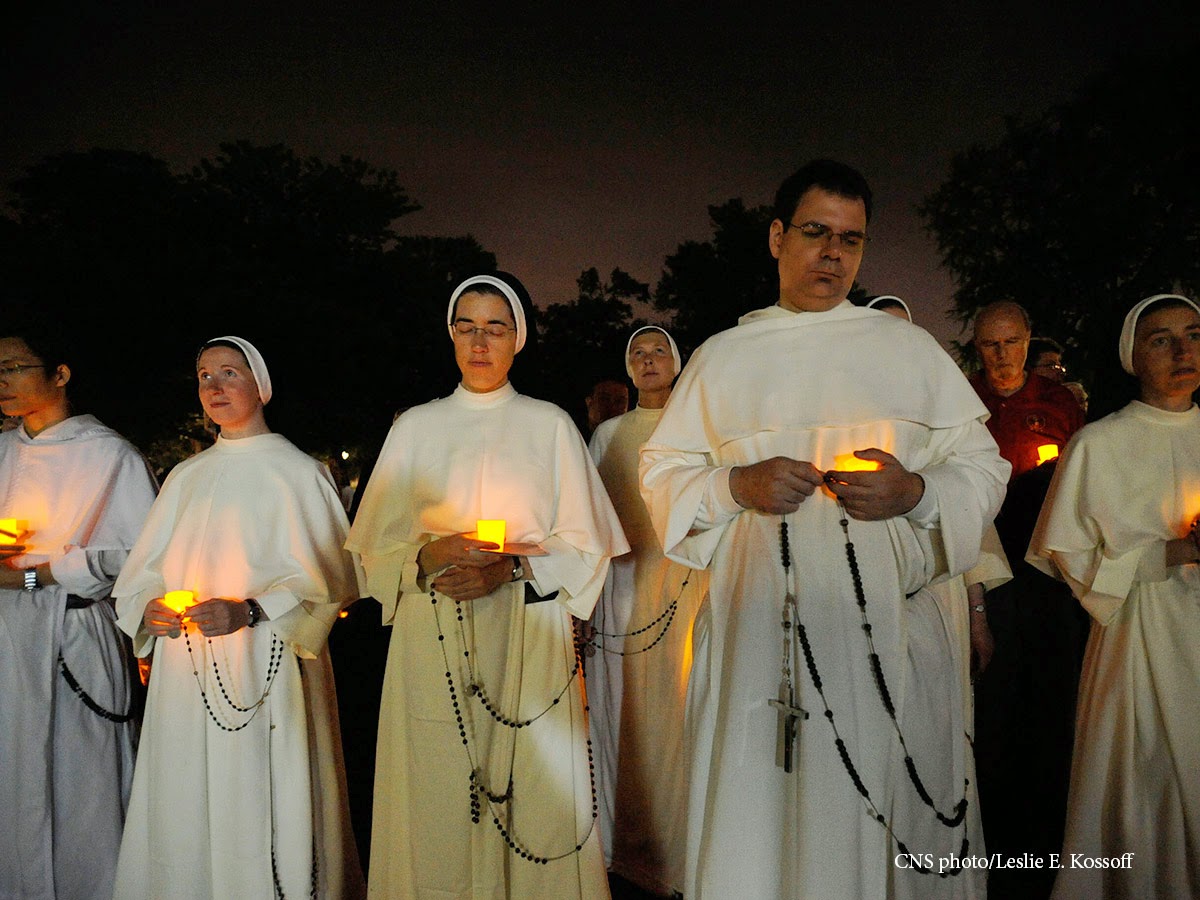 Is it ever justifiable to use violence as the means of achieving some allegedly noble end or goal?  Is it ever morally licit to will the death of an enemy?

Jesus remains the only voice who utters a consistent and resounding "No" to such questions.  For Jesus alone offers a deeper "Yes."  His Yes provides a path beyond all rationalizations regarding post-modern "warfare" or "liberty" run amok as license.

Most radically, perhaps, it is a Love which is resolutely non-violent.  The following "hard sayings" are clear evidence that Jesus actually rose from the dead, that he is seated at the right hand of his Father, and that he acts as head of his body on earth, the Church.  After all, why would his disciples record such seemingly impossible teachings, which they clearly did not understand, and why would the Church maintain such impossible standards for her members, if not for the reality of divine Love revealed in the crucified and risen Lord?

A Joyful Resolution for '15 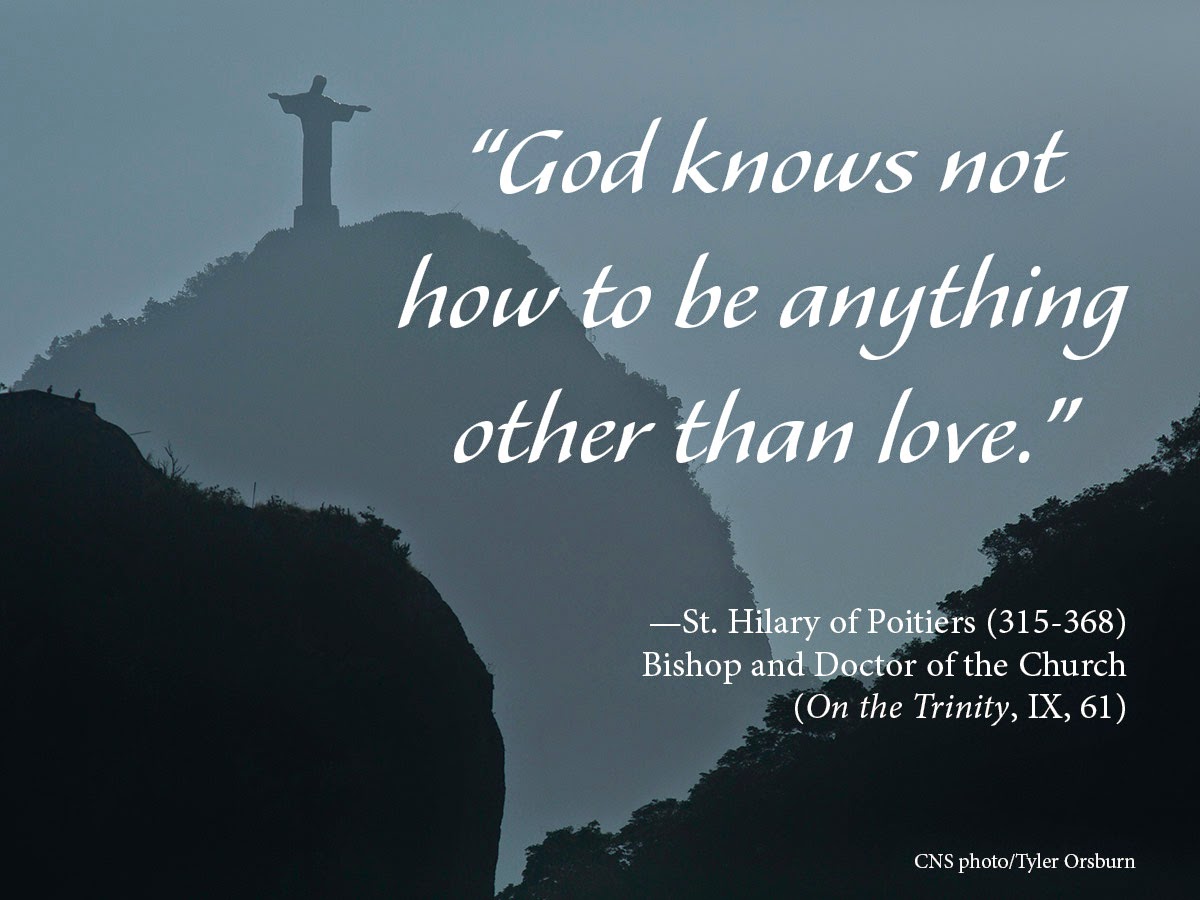 Will 2015 be a year of newness, or of "more of the same"?  If the situations or relationships or routines which dragged us down last year threaten to cast a shadow over the so-called new year, then how can we resolve to have a fresh start in '15?

I think joy is the answer.  Joy opens us to the light.  Joy brings us that peace which the world cannot give.

When I allow myself to be surprised by joy, I am reminded that the worries and regrets and anxieties which may be haunting me are largely out of my control.  I cannot change them, although moments of joy remind me that I can change myself.  Thanks to the gratuitous gift of God's grace, of course, I know that real change is possible.  I've seen and touched such joy.

Indeed, if I open myself to living out of a place of joy rather than of discontent, I suddenly find myself appreciating the quirky twists of divine providence and the oft-overlooked humor of the Holy Spirit.  So if 2015 is going to be a year of newness, I need to live out these simple strategies: