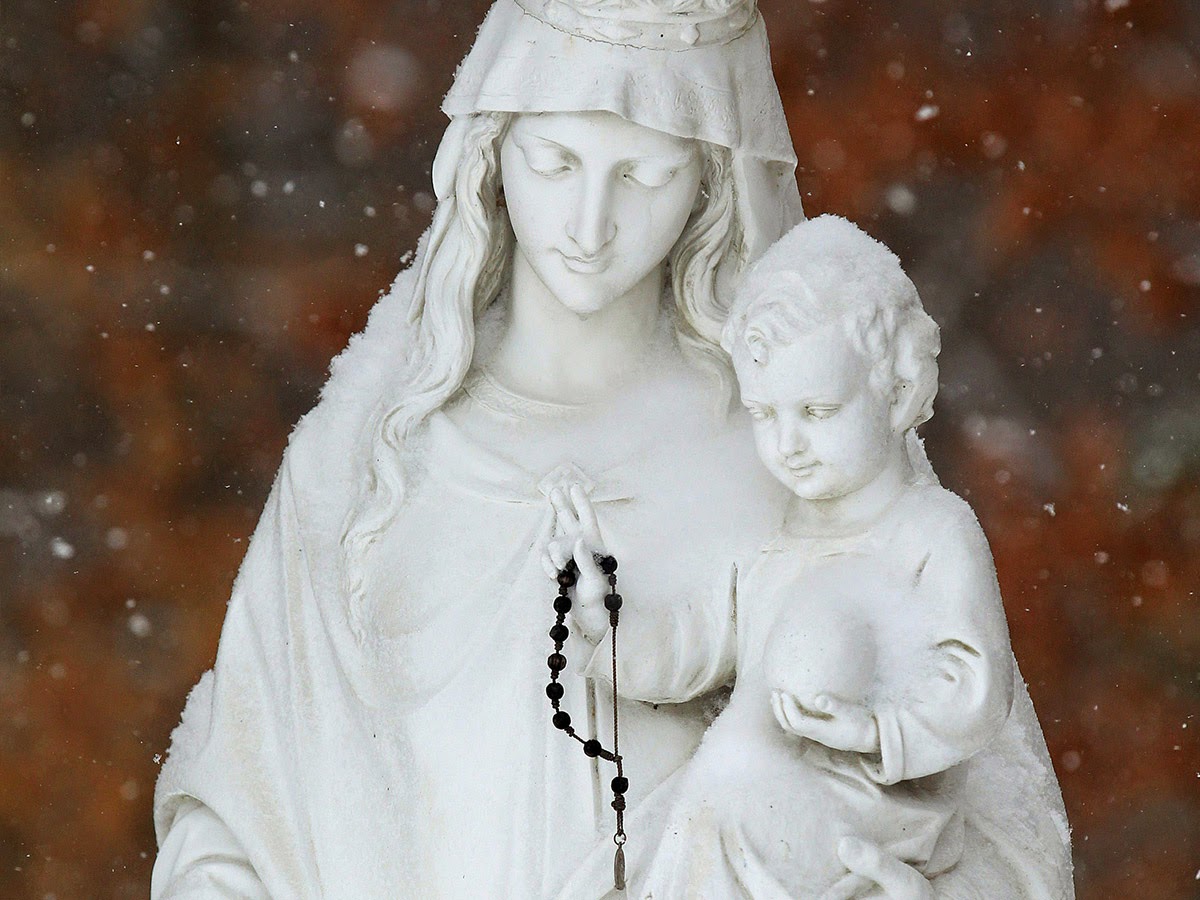 We live in the age of "likes."  So, wouldn't the world be a better place if more people started "liking" the Virgin Mother Mary?

What if Mary started "trending"?!  The world might start to notice why God chose her for such a singular place in human history:

Pondering the Word Made Flesh 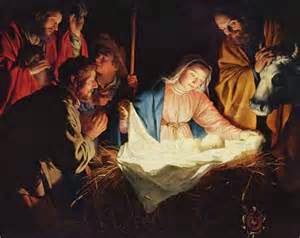 The following reflection comes from Romano Guardini's masterpiece entitled The Lord (pp. 14-16); may this same Lord fill your heart with the joy of his Presence this Christmas:

In the beginning was the Word,
and the Word was with God...﻿
"God is being described.  With him is someone else, someone called 'the Word'; he is the expression of the meaning and fullness of God, the First Person, Speaker of the Word.  This Second Person is also God, 'was God,' yet there is only one God.  Further, the Second Person 'came' into his own: into the world which he had created.  Let us consider carefully what this means: the everlasting, infinite Creator not only reigns over or in the world but, at a specific 'moment,' crossed an unimaginable borderline and personally entered into history--he, the inaccessibly remote one!....What is meant is that God entered into history, thus taking destiny upon himself.
"However, this journey of God from the everlasting into the transitory, this stride across the border into history, is something no human intellect can altogether grasp.  The mind might even oppose the apparently fortuitous, human aspect of this interpenetration with its own 'purer' idea of godliness; yet precisely here lies hidden the kernel of Christianity.  Before such an unheard of thought the intellect bogs down.  Once at this point a friend gave me a clue that helped my understanding more than any measure of bare reason.  He said: 'But love does such things!'  Again and again these words have come to the rescue when the mind has stopped short at some intellectual impasse.  Not that they explain anything to the intelligence; they arouse the heart, enabling it to feel its way into the secrecy of God.  The mystery is not understood, but it does move nearer, and the danger of 'scandal' disappears.

A Joy Which is Shared 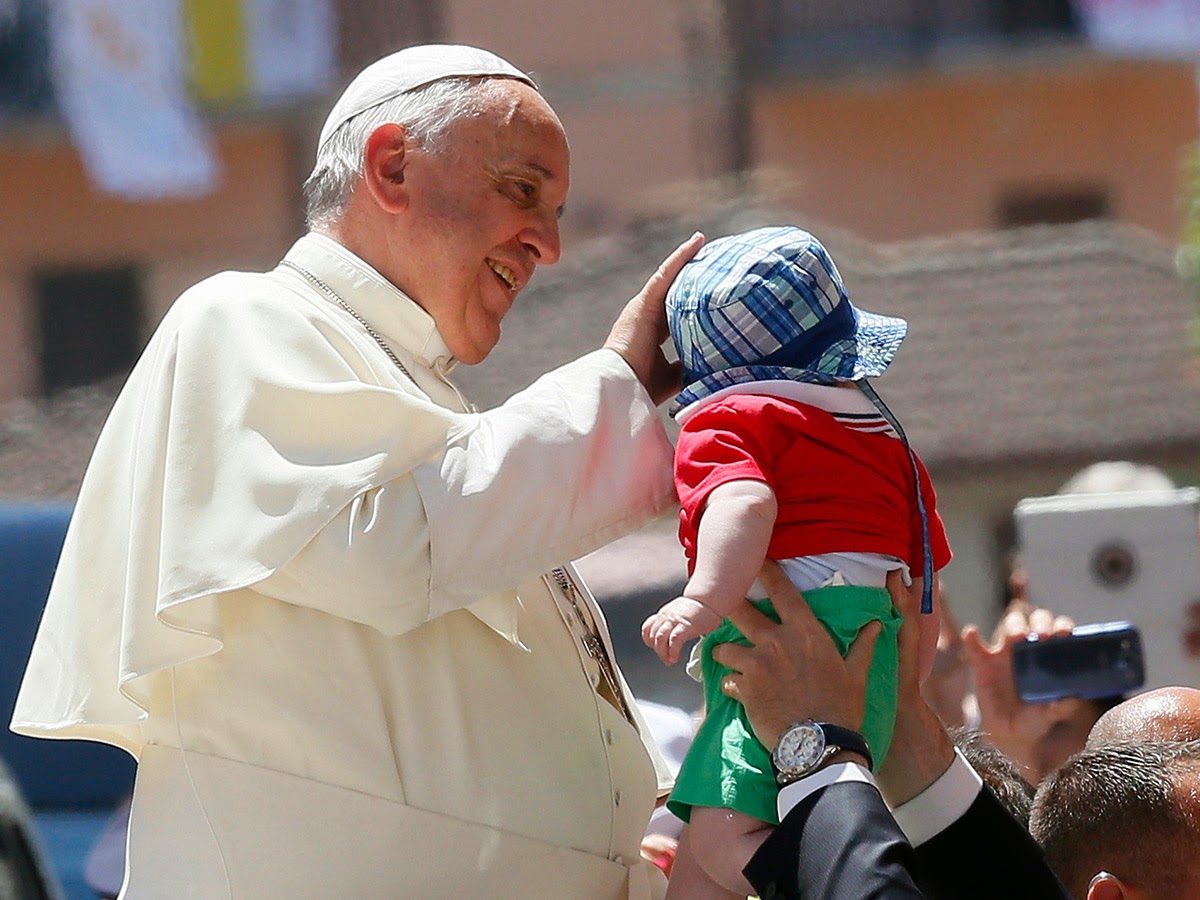 Are you ready for a little more joy in your life?  If so, would you commit to (re)reading Pope Francis' The Joy of the Gospel in 2015?

Maybe you don't have time to take on all 288 paragraphs in one sitting, but what if you could receive one paragraph per day of The Joy of the Gospel (Evangelii Gaudium), from January through October of 2015?!
Call it a Christmas present to yourself.  Make it your New Year's resolution.  Or consider it an act of solidarity with Pope Francis, who is a walking witness to joy.  After all, the Holy Father wrote Evangelii Gaudium in a very personal way--for you and for me.
Indeed, in a recent interview, Pope Francis addressed those who have raised questions "what he really thinks," and he referred to this document as follows:  "That's what I think, not what the media says I think.  Check it out; it's very clear.  Evangelii Gaudium is very clear."
Very clear, indeed.  Very readable, as well.  And very relevant to our daily journey of missionary discipleship.
To subscribe, simply go to AJoyWhichIsShared.org.  After entering your email address into the "follow by email" section, you will receive a confirmation email; then, starting on January 1st, you'll receive one paragraph each day.  It is guaranteed to feed your mind, heart and soul in the months ahead!
Read more »
Posted by Unknown at 2:41 PM

St. Joseph of the Incarnation

God's sneaky-awesome presence among us begins with the anxious expectations of Advent.  It culminates in the contemplative season of Christmas:  The divine Author, Producer and Director of the drama of human history enters the stage that he himself created as a seemingly insignificant actor--in diapers and swaddling clothes.

From the start, St. Joseph was there with the marvelous Mother of God, who "kept all these things, reflecting on them in her heart" (Lk 2: 19).  The Scriptures do not share a single word spoken by Joseph, of course, but they invite us to enter into his silent reflection on the mystery of the Incarnation:  What was Joseph thinking and feeling as the Holy Family journeyed through Mary's pregnancy?  What awe filled his heart as he pondered the arrival of the divine Messiah?
Before any of the Apostles or Evangelists or Doctors of the Church, it was humble Joseph who stood beside the Blessed Mother and contemplated the reality of God with us.  The Catechism of the Catholic Church articulates four reasons why the Word became flesh (nn. 457-460); can't you picture Joseph discussing God's mysterious ways with his beloved Mary? 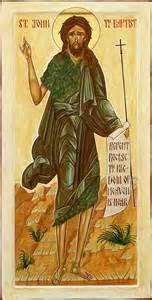 Isn't surprising that the Lord's opening word of the Advent season is "Watch!" (Lk 13:37)?  We enter into these weeks of preparation not with an invitation, but with a sobering exhortation--the end is near!
Of course, even the wisdom of contemporary organizational gurus reminds us to "begin with the end in mind."  But the first weeks of Advent offer us even more urgent spiritual advice:  Be on guard for the return of Christ the King, today; be vigilant in preparing for the birth of the Christ child anew, here and now.
Advent raises many key questions of the spiritual life.  For example, how might I be be more attuned to the in-breaking of the Kingdom of God during this season of anticipation?  How can I make meaningful changes in the "footwork" of my daily life and so be better prepared to celebrate God coming to us as a helpless child?  How can I be more sensitive to the signs of Christ's daily comings, and therefore more prepared for his definitive arrival?
Since Advent ushers in the Church's liturgical "new year," one of my resolutions this year is to consider the ways in which I am too busy building my own kingdom, and not focusing on His.  This year my self-examination will also include an honest assessment of my daily distractions and my trivializing temptations:  What dulls my mind and heart, and what lulls me into a sense of self-generated security?  In short, what sucks the Life out of me?
Read more »
Posted by Unknown at 2:24 PM