You gotta love summer!  School children certainly know how to rejoice at the arrival of summer vacation.  But even for those of us who are on twelve-month schedules, isn't it nice to have those change-of-pace experiences which come with summer?

Maybe it's cookouts with neighbors or family reunions; perhaps it's a weekend away or traveling through a new part of the country.  Regardless of where summer leads us, it tends to be a time for connecting with people and places and events that are outside of our regular workaday routine.

For a 9-5 office-jockey kind of person, I've been blessed with a fantastically frantic month of June: From a 25th college reunion (as Bob Sieger put it so well, "It seems like yesterday, but it was long ago..."!), to a rare out-of-town meeting for work, from an incredible family celebration of my mother's 70th birthday, to an imminent reunion with my wife's family on the east coast, this summer has led me literally all over the map.

I've been struck by the seemingly chance encounters, the apparently random conversations, and the otherwise unusual opportunities which these summer excursions have brought about.  Here are a couple of examples:

A Fortnight for Christ and for All

"An unjust law is no law at all." In their bold document calling for a wholehearted defense of religious freedom, entitled Our First, Most Cherished Liberty, the U.S. Bishops hammer on this quote from Martin Luther King (who himself was citing St. Augustine).  And for the second year in a row, from June 21st through July 4th, Christians of all denominations, believers of all creeds, and all people of good-will are going to be reflecting on why unjust laws must be opposed.

But what's really going on here?  Many people are confused about just how important this moment is, and what's really at stake.  Many people continue to think in terms of the increasingly irrelevant categories of "liberal" or "conservative," and so they don't know what to make of this question of religious liberty.  The right to follow one's conscience and not be coerced by federal or state governments is neither a "liberal" nor a "conservative" issue.  It is a Christian issue and a human issue.

The U.S. Bishops' Conference has assembled a remarkable array of resources--from  piercing commentaries to bulletin inserts, from in-depth analysis of the threats posed by the HHS mandate to resources for prayer and action.  They have done this neither as liberals nor as conservatives, but in the phrase coined by George Weigel, as "Evangelical Catholics."

There is clearly a great opportunity for public witness here in our country, and Evangelical Catholics seek to collaborate with anyone who cares about authentic human freedom--in the face of cynical wolves who have tried to "divide and conquer" the Christian community.  A brilliant passage from Weigel's Evangelical Catholicism speaks to what is really at stake, and Who is really at work: 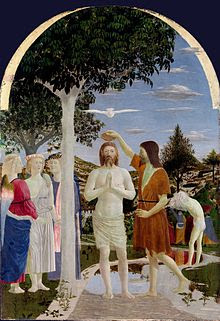 An authentic revolution turns the world not just upside down, but inside out.  And Jesus remains the greatest and only authentic revolutionary in human history: Transforming the cosmos, one heart at a time; offering everyone the Most, starting with the least.  Revealing that Love does indeed make the world go around, even while liberating human love from its narcissistic tendencies.

Jesus is the only Messenger who was also the Message. He not only taught but brought the Kingdom of heaven.  After all, what could be more transformative than the ineffable and omnipotent God speaking to us in words we could understand?  What could have a greater potential to change the world than Eternal Life itself walking among us as a mortal man?  The beloved disciple concludes his Gospel with this remarkable testimony, "There are also so many other things that Jesus did, but if these were to be described individually, I do not thin the whole world would contain the books that would be written" (Jn 21:25).

So if you had to identify a list of Jesus' most revolutionary teachings, what would they be?  In other words, which words of the Word made flesh would you want to make sure that your children or grandchildren knew?  If you had a few minutes to explain to someone why you follow this Jesus, which of his words would you reference?  There is no one correct answer to this question, of course, but here's a preliminary list for your consideration: 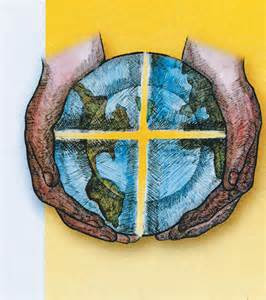 In John 17, Jesus exhorts and beckons his followers to unity.  Three times Jesus prays to the Father for those who believe in him, "that all may be one."  And each time he adds the conditional clause, "even as we are one."  Romano Guardini describes this “high priestly prayer” in dramatic terms:  “A hand reaches out from divine unity into the fallen world.  Possibly no other passage in Holy Scripture is so heavy with the sense of our plunge from grace as this.”

Even as:  Should we say "ouch" or "amen"?!  Ouch because this profound prayer for Christian unity remains unanswered?  Ouch because the scandal of Christian disunity is an offense against the Communion of Persons we profess each time we baptize or bless ourselves in the name of the Most Holy Trinity?  Ouch because the Kingdom has yet to be born in my own heart?
Or should we say Amen because we know that we can do nothing alone?  Amen because we are willing to pray, "I believe, Lord, help my unbelief," and "Come, Holy Spirit, fill the hearts of your faithful..."?  Amen because we are willing to work, pray, and love "'that all may be one"?
Read more »
Posted by Unknown at 4:32 PM