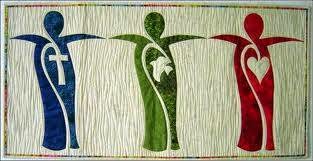 As we wind down our 50 day celebration of Christ's Resurrection from the dead, perhaps there's no better time of the year to reflect on the oft-overlooked theological virtue of Hope.

The following is a selection from Charles Peguy's The Portal of the Mystery of the Second Virtue. which also appeared in Communio: International Catholic Review (Fall, 1994).  Presented as a monologue on the part of God himself, Peguy's vision offers us a glimpse of "the little girl of hope": 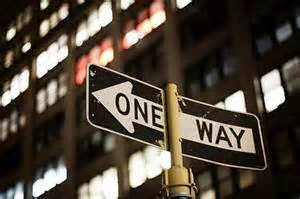 Most Catholics love Lent--a season of striving, full of hope for new habits.  But what about Easter, the longest and most glorious season of the liturgical year?  What would our lives look like if we started making Easter resolutions?

Lent is custom-made for "doers" and "list makers" like me.  But the Easter season poses a challenge because it is less about doing and more about being.  If Lent is a matter of identifying areas for growth through prayer, penance and almsgiving, then Easter is a matter of allowing myself to be drawn into the very life of the Blessed Trinity.

Pope Benedict's Jesus of Nazareth describes this essential fact about Jesus' Resurrection: "an ontological leap occurred, one that touches begin as such, opening up a dimension that affects us all, creating for all of us a new space of life, a new space of being in union with God" (p. 274).  The final weeks of the Easter season draw us into the depths of the mystery revealed by Jesus' passion, death and Resurrection.

The key word for the Easter season is encounter.  Our eyes are opened to the myriad of ways we can meet the Risen Lord each day.  Our hearts are drawn into a real relationship with our heavenly Father.  Our ears become more attuned to the still, small voice of the Spirit.  These weeks of walking with the Christ are an invitation to embrace the mystery of Trinitarian Love within which we live and move and have our being.

For the first disciples as for us, Jesus' teachings and sayings become comprehensible only after encountering the light of the Resurrection.  He came and walked among us--suffering death and then rising--in order to reveal the very face of the Father's love; he poured out his life in order to shower us with the Spirit.  The Risen Lord frees us from the fallacy of self-determination (my experience, my meaning, my health and prosperity, my will, etc.), and he reveals that Truth and Life are found in another, absolutely unique Way.

The "Way" of Jesus is not just one way among many, but it is the one path to authentic union with the Other.  Our life becomes "de-centralized" of self, and a new reality is revealed for us and in us and through us:  "And I will ask the Father, and he will give you another Advocate to be with you always....On that day you will realize that I am in my Father and you are in me and I in you" (Jn 14:16, 20).  Created in the image and likeness of God, we are made for communion, for intimacy with the One who is an intimate communion of Persons.

The reality of the Resurrection is always dynamic.  The encounter with the Triune God revealed in Christ always leads to action on behalf of the beloved.  Jesus himself does not rest during the Easter season.  He is glorified, but does not glory in himself; he is triumphant in his victory over sin and death, but not a triumphalist.  Rather, the Risen Lord is a man on the move:  He is intent on returning to the Father to prepare a place for us; he is resolved not to leave us orphans; he promises to return again at the end of time.

Pope Benedict concludes his reflection on the Resurrection by inviting us to appreciate the divine way that God elicits our love following the event of Easter.  Down through the centuries, God allows the light of the Easter to be refracted through the apostolic witness of the Church:


If we attend to the witnesses with listening hearts and open ourselves to the signs
by which the Lord again and again authenticates both them and himself,
then we know that he is truly risen.  He is alive.
Let us entrust ourselves to him, knowing that we are on the right path.
With Thomas let us place our hands into Jesus' pierced side and confess:
'My Lord and my God!'" (p. 277)
This Easter, recreated by the Resurrection, let's resolve to sit silently, to open ourselves, and to search anew for signs that point us toward the Mystery of mysteries.
Peace and God bless,
David
P.S.  If you are on Facebook and interested in following the Newman Institute--which features faith formation opportunities around the Diocese of Joliet--please check out the following link (and "like" it!): https://www.facebook.com/pages/Diocese-of-Joliet-Newman-Institute/750025821687162.﻿

A Mother for the 21st Century 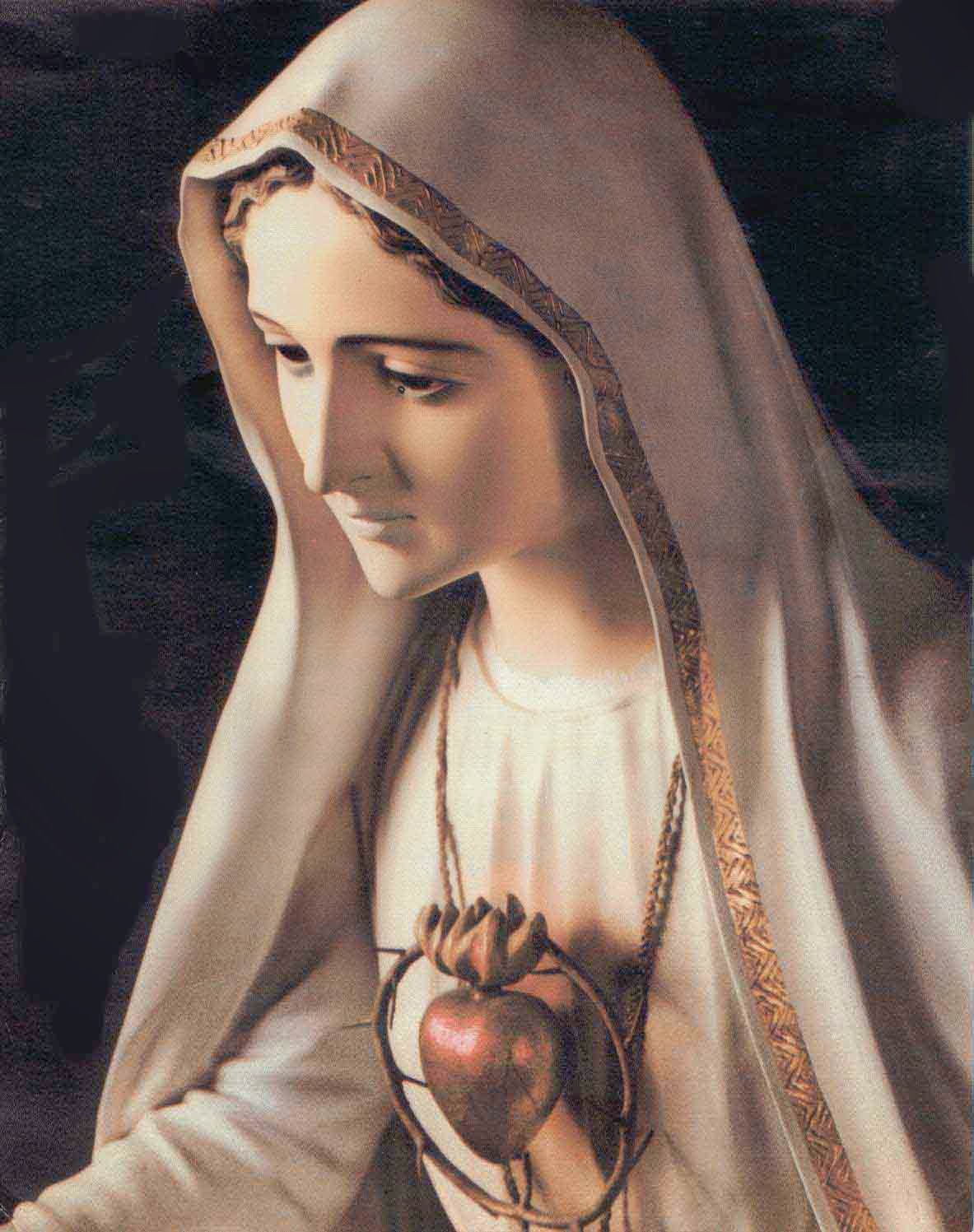 ﻿﻿Human life passes through the selfless gift of mothers.  So why do we struggle to embrace the fact that there is one Mother through whom Life itself passed?

With so many mothers grieving over their lost children--witness the horror of the kidnapped Nigerian school girls, or the ongoing plight of Western youth swept away by a sea of hopelessness and meaninglessness--isn't it time that we turn back to the Mother of mothers?  In the 20th Century, Catholics prayed for an end to Communism, with its distorted view of the human person and its justification of violence as a means to some supposedly greater end.  Perhaps it's time for 21st Century Catholics to pray in earnest for an end to the terrorism of Islamic fundamentalists, as well as to the nihilism of radical secularism.

Many people who think that Pope Francis is "progressive" have been befuddled that he keeps promoting devotion to Our Lady, even exhorting us to pray the Rosary.  Some people may think this is just a vestige of piety from which he hasn't yet liberated himself.  But what if Pope Francis' Marian devotion is actually part of the secret to his personal relationship with Christ?  After all, Jesus received his flesh and took on his physical body thanks to Mary.  Doesn't it make sense that the King of kings would want us to see him through his Queen Mother's eyes--to meditate on his life along with her?

Why are we so quick to accept any news or gossip we hear as fact, and yet even more quick to dismiss the countless apparitions of the Blessed Virgin Mary during the second millennium of Christianity?  Are we really more rational than our ancestors, or are we just more offended at the content of our Mary's motherly reminders?  "Repent; make reparation for sin; and pray--particularly the Rosary":  This may sound strikingly similar to advice our own moms have had to dish out--e.g., "stop acting like a fool; clean up your mess; and we're going to talk..."  Of course, whether it comes from our earthly or our heavenly Mother, such words are always spoken out of love with our best interests in mind.

Holy Fathers of the New Evangelization 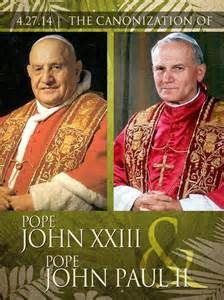 Was the recent canonization of Pope John XXIII and Pope John Paul II "just business" for you, or did it get personal?

For the Church as a whole, the event provided yet another global opportunity for Pope Francis to advance the work of the new evangelization.  For me, John Paul II has been one of my heroes for decades; so this felt very personal indeed!  In fact, I received the Sacrament of Confirmation right around the time he became pope, and my gradual, sometimes circuitous process of conversion unfolded along with his historic papacy.

John Paul's commissioning of the Catechism of the Catholic Church and his encyclical letter on The Gospel of Life, among other magisterial works, proved to be pivotal in my intellectual and spiritual journey.  In addition, his brilliant insights on the "Theology of the Body" crystallized truths which Pope Paul VI had articulated and which had already started shaping my own marriage and family.  His devotion to our Blessed Mother and his courageous witness to Hope--as well as his critique of the cancerous culture of death and his call for a civilization of love--helped me navigate my own path of Christian discipleship.  His commitment to the revelation of Divine Mercy confirmed and concretized my own experiences of God's grace offered in the Person of Jesus, through the ministry of his Church.

Perhaps above all, however, John Paul's call for a "new evangelization" continues to lift up and transform my heart.  In the face of challenges posed by a post-modern culture intent on washing countless souls away from their Savior, Jesus' blunt question seems less and less rhetorical:  "When the Son of Man comes, will he find faith on earth?” (Lk 18:8).  But, thanks to the countless everyday evangelizers who are embracing the baptismal call to holiness, I definitely see signs of the "new springtime" which JPII envisioned.