How to Make a Return on our Gifts this Christmas? 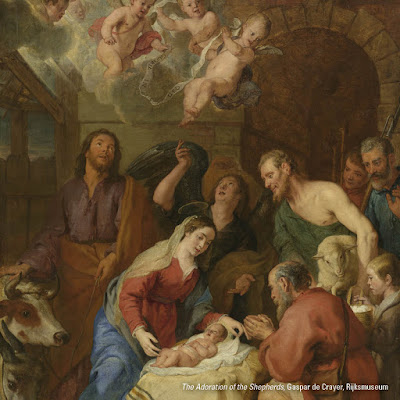 Though the bills may still need to be paid, at least the shopping is complete :)
Here's an inspiring 3-minute video reminder of what Christmas means moving forward:
The Jesus Memo!

We have celebrated Jesus' birth again this year, in the hopes of opening the door of our hearts to Christ in new ways. We have tried to offer the beloved Son the best of ourselves, in the hopes that he will multiply our meager gifts and talents for the greater glory of his Father and our Father.

But what should we do about all the extra stuff that has accumulated once again?  How might we make a "return" on our gifts this Christmas season?

What if we clear out something old to make room for each new item?  St. Vincent de Paul stores and customers would certainly be grateful!

Might it be possible to re-gift a new but not necessary item in a suitable and discreet way, of course--in the hopes of turning the treasure shared into an even greater gift for those who are in desperate need?  Not the kind of re-gifting that can hurt feelings or prove embarrassing, but a re-directing to a worthy cause.

In perfect time for the Christmas season wrap-up, Catholic Relief Services has prepared an invitation to Donate to Iraqi Families and Syrian Refugees.

What if we translate ten percent of the gift cards we received toward a donation for those who face brutal conditions at this very moment?  Or how about re-calibrating some of our returns and store credits to help cover regular weekly expenses, and then translating at least a portion into help for families in dire need?

To do so would also become a small step toward breaking the cycle of violence and desperation.  It would help demonstrate that we "got" the Jesus Memo! 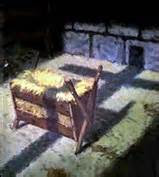 Rather, Jesus Christ is the one who has ushered into human history the fullness of meaning, which hinges on three interwoven experiences:

1) Gift. The indwelling of Eternity in time begins ever so gradually, and then arrives all of a sudden. God's self-donation is anticipated by his promises to the chosen people, but manages to arrive unexpectedly.

The breakthrough of the Infinite into the finite emerges in a seemingly insignificant experience at an apparently uneventful moment of human history. A mother gives birth in transit; a faithful husband does the best he can; a newborn Son settles into a make-shift crib. To those who lack eyes to see, the presence of Meaning itself might be almost too commonplace to notice.

The Christ Child arrives as eternal and infinite Love in the flesh.  Divine Life itself, the perfection of Self-giving, makes a Self-donation to the Virgin Mother. The Creator entrusts everything to one of his own creatures.  This event stands as a scandal to philosophers, and an impossibility for the religions of the world, but the God of Jesus Christ responds to the eternal and infinite longing of the human heart by freely entering into it and taking it up.

2) Sacrifice.  From the first visits of the heavenly messengers, Mary and Joseph know that Jesus "will save his people from their sins" (Mt 1:21), and "of his kingdom there will be no end" (Lk 1:33). Love enters the world destined to exit via self-sacrifice, but this self-emptying will open the door for an endless new beginning. The fullness of existence reveals itself as other-centered and finds itself by losing itself for the Other.

At every Mass, but especially this Christmas, let's look for new ways to enter into this dynamic of self-giving and self-sacrificing love.

3) Offering.  The call of Chirst+Mass is to spiritually place all that we have received and all that remains of our short time on earth at the foot of the Child's manger and the God-Man's altar.  It is an invitation to enter into the dynamic of Trinitarian Love by offering our very selves to the divine Communion of Persons.

Eternal Life and Infinite Love are destined to be poured out as gifts for the sake of the whole world. This is the drama to which Christ and Christmas--indeed, every Mass--invites us. What do we have to lose, that we haven't already received?


In our quest to draw closer to Christ and so find meaning everywhere, let us respond with shepherds, angels, and saints: "Glory to God in the highest"!
Posted by Unknown at 12:53 PM

What if Catholics Stood United Against All Violence? 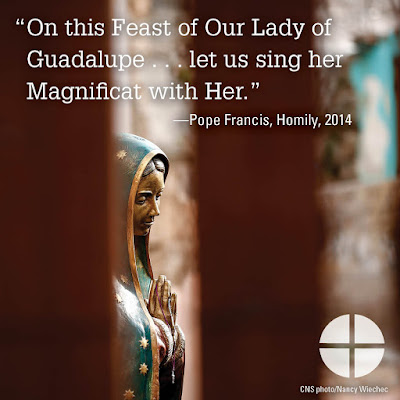 Gun violence. Public executions and drive-by shootings of gang members and innocent by-standers. Premeditated massacres of school children, college students, co-workers, movie-goers, etc. A necessary corollary of the Second Amendment and an unavoidable consequence of protecting civil liberties, according to some.


How far would Catholics be willing to go to
address this pressing social and cultural issue?

Violence in utero. Private decisions of often vulnerable and isolated mothers. Premeditated termination of unborn human lives, and an emotionally searing experience for hundreds of thousands of women each year. A necessary corollary of Supreme Court decisions and protection of women's reproductive rights, according to some.


What are Catholics willing to do to help address
what Mother Teresa called this "greatest destroyer of peace"?

If Catholics stood united against all violence, couldn't a broad coalition of Catholic congressional leaders--and countless other persons of good will--build consensus for reasonable restrictions to both guns and abortions? Rather than vacuously repeating tired catch phrases about a "right to choose" and a "right to bear arms," Catholics could help lead a peace-building effort, one reasonable step at a time.

Watching for Christ this Advent

The brief reflection below is from Bl. John Henry Newman
(Sermon, "Watching," 1838) 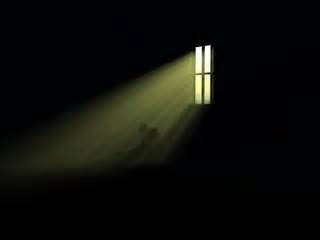 "Do you know what it is to have a friend in a distant country, to expect news of him, and to wonder from day to day what he is now doing, and whether he is well?...To watch for Christ is a feeling such as these.

"He watches for Christ, who has a sensitive, eager, apprehensive mind; who is awake, alive, quick-sighted, zealous in seeking and honoring him; who looks out for him in all that happens, and who would not be surprised, who would not be over-agitated or overwhelmed, if he found that he was coming at once."