The Shepherd through his Sheepdogs

There are times in life when we clearly see and hear the Good Shepherd.

It may be the hand on our back, compelling us to do the right thing when everyone else is taking the easy way out.  It may be the still, small voice deep in our heart, giving us just the right words at just the right time for just the right person.  It may be the peaceful presence which surprises us time and again in our prayer, filling us with consolation and strength to continue our journey.  It may even be one of those dramatic crossroad moments, when a new direction for our life presents itself, as if personally predestined for us from the dawn of time.

However, if your life is like mine, most of the day-to-day guidance from our Shepherd comes through his well-placed and persistent sheepdogs.

The Shepherd's sheepdogs help protect the perimeters.  They reign in his beloved little ones and keep his flock in close community with one another.  Our sheepdogs may take on different forms at different moments or stages of our lives, but their bark is unmistakable as long as we haven't wandered too far afield.

We may hear our sheepdog through encouraging words from a friend or colleague, when a task seems too daunting or the day seems too draining.  Our sheepdog may speak through the words of some spiritual reading, which seems to leap off the page as if written directly for our particular situation. Our sheepdog may take the form of family obligations or commitments we've made to friends, which stretch our capacity to love and draw us out from our too-small selves.  We may even see the shadow of the sheepdog in the form of a mysterious doctrine or confounding moral teaching of the Church, which keeps nipping at our conscience for further examination.

The Answer of the Resurrection 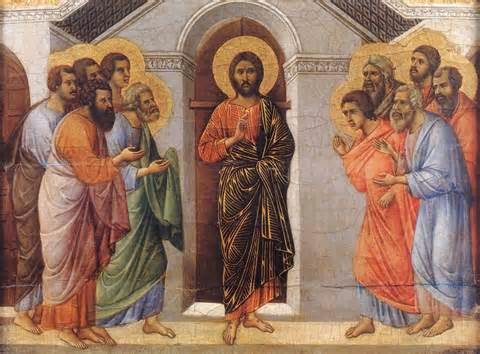 Jesus opened their minds to understand the Scriptures.
And he said to them, "Thus it is written﻿ that the Christ would suffer
and rise from the dead on the third day..."
(Lk 24:45-46)
According to many commentators, Blessed Fulton Sheen was living the New Evangelization long before Pope John Paul II coined the phrase.  The beloved son of the Diocese of Peoria, Sheen's cause for canonization continues to move forward, and part of the reason is his brilliant scriptural reflections, such as the following commentary on this passage from Luke's Gospel:
"It is not his Sermon on the Mount that He would have remembered, but His Cross.  There would have been no Gospel had there been no Cross; and the death on the Cross would have been useless for the removal of human guilt, if He had not risen from the dead.  He said it behooved Him to suffer because He had to show the evil of sin, and evil is most manifest in the Crucifixion of Goodness.  No greater darkness would ever descend upon the earth than that which fell upon Him on Calvary.  In all other wars, there is generally a gray, or a mixture of good and evil, on both sides; but in the Crucifixion, there was black on one side and white on the other.  For the worst thing that evil can do is not to bomb cities and to kill children and to wage wars; the worst thing that evil can do is to kill Goodness.  Having been defeated in that, it could never be victorious again ....
"But if Our Lord took the worst the world had to offer and then by the power of God rose above it; if He, the unarmed, could make war with no other weapon than goodness and pardon, so that the slain had the gain, and they who killed Him lost the day, then who should ever be without hope?  Who shall ever despair in any momentary defeat by evil?  Who shall fail to trust when he sees walking in the darkness the Risen One with glorious scars on hands and feet and side?  The law He gave was clear: life is a struggle; unless there is a Cross in our lives, there will never be an empty tomb; unless there is the crown of thorns, there will never be the halo of light; unless there is a Good Friday, there will never be an Easter Sunday.  When He said: 'I have conquered the world,' He did not mean His followers would be immune from woes, pain, sorrow, and crucifixion.  He gave no peace which promised a banishment from strife; for God hates peace in those who are destined for war.  If the Heavenly Father did not spare His Son, He, the Heavenly Son, would not spare His disciples.  What the Resurrection offered was not immunity from evil in the physical world, but immunity from sin in the soul.
"The Divine Savior never said to His Apostles: 'Be good and you will not suffer'; but He did say: 'In this world you shall have tribulation.'  He told them also not to fear those that kill the body, but rather to fear those who can kill the soul.  Now He told the Apostles that His life was a model for all of His followers; they were encouraged to take the worst this life had to offer with courage and serenity.  He said that all sufferings were as the shade of 'His hand outstretched caressingly.'  No talisman was He to promise as security from trials; rather as a Captain He went into battle in order to inspire men to transfigure some of life's greatest pains into the richest gains of the spiritual life.  It was the Cross of Christ that raised the questions of life; it was the Resurrection that answered them."
Fulton J. Sheen, Life of Christ (1944), pp. 522-24.
﻿ 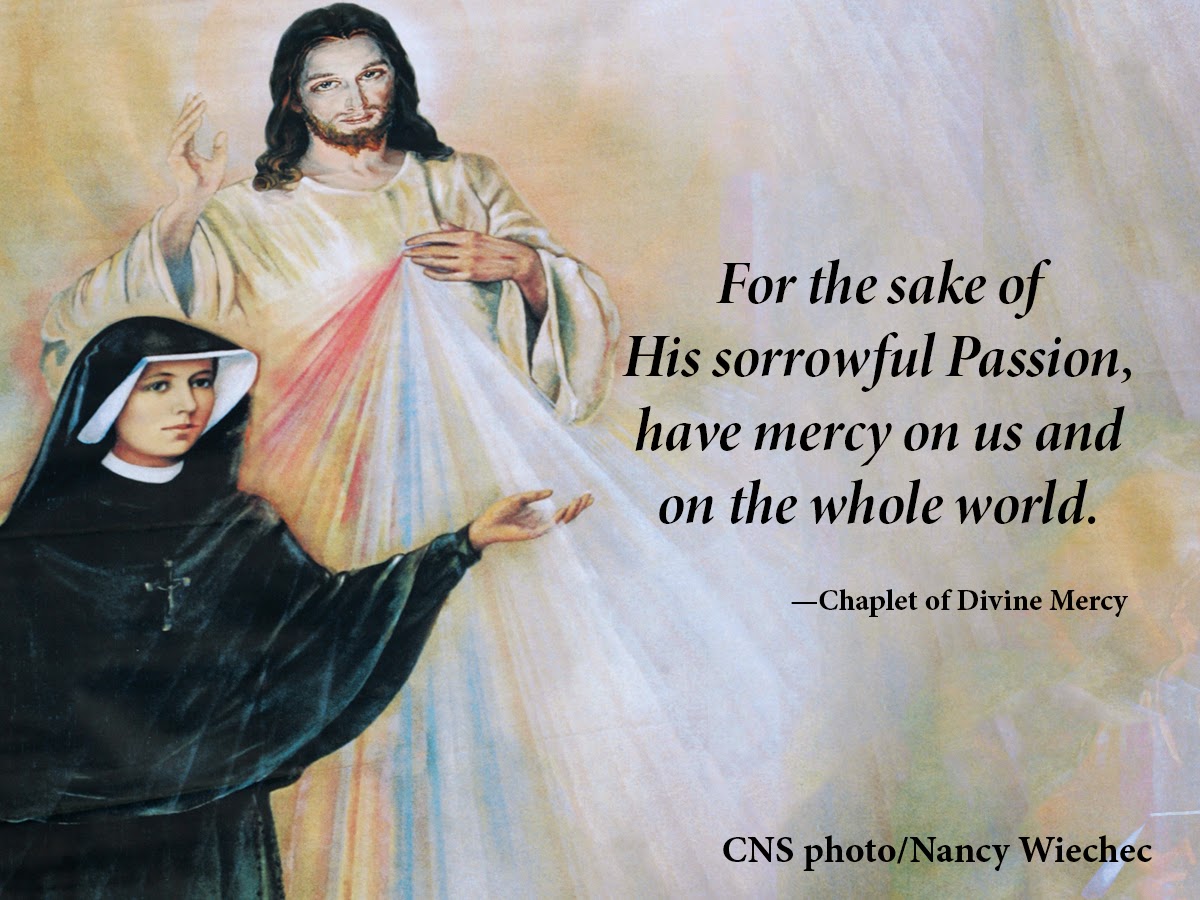 ﻿
Can you name the times when Divine Mercy has reached out and grabbed you by the hand--ushering you to a fresh start or a new beginning?  If you're like me, maybe it has happened at times when you least expected it.  Such is the surprising way that God's grace works.

If we are going to be the witnesses of the Lord's merciful love that the world so desperately needs, we should be able to identify and name such moments in our own lives.  Here are just a few which come to my mind: 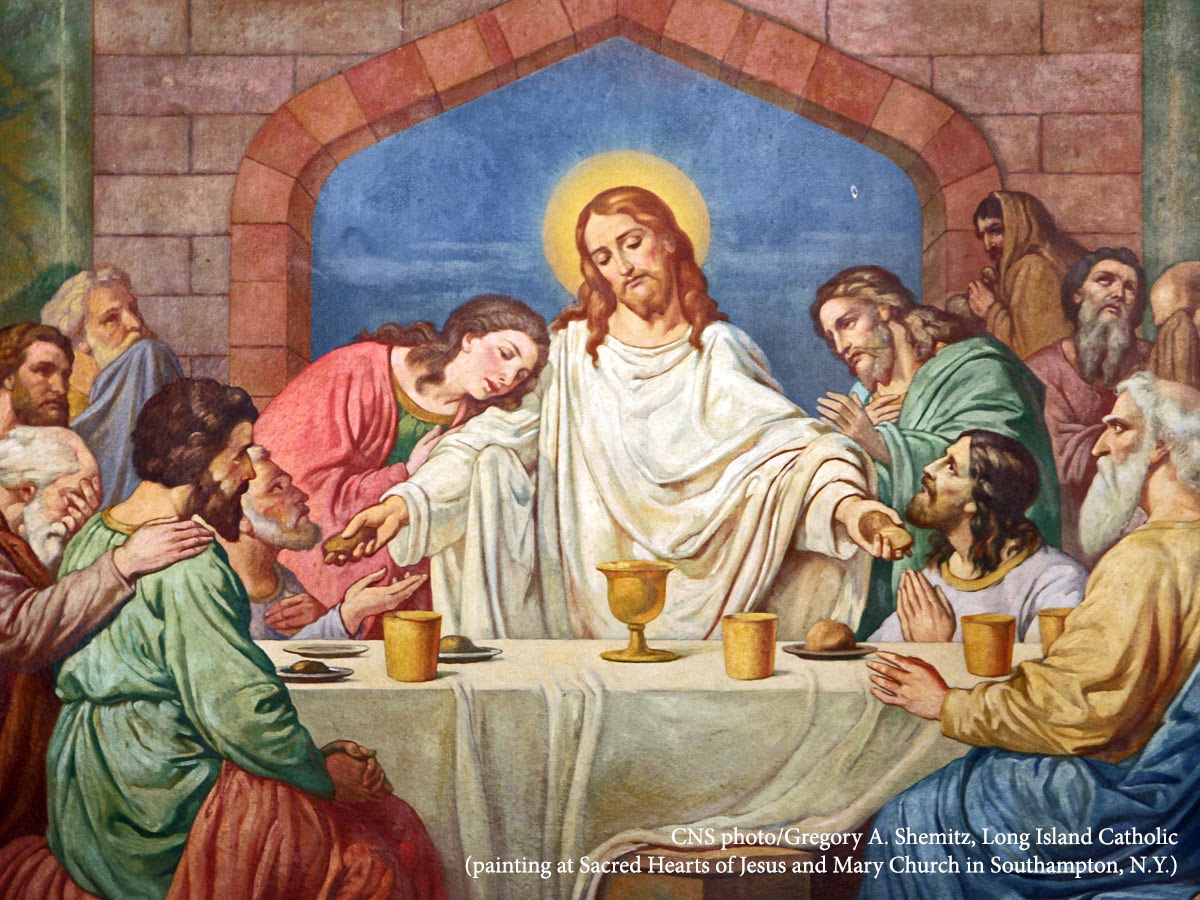 Many sons have prepared a last will and testament.

Some sons have thereby provided great riches posthumously.
Only One Son has promised to stay with his people until the end of time.